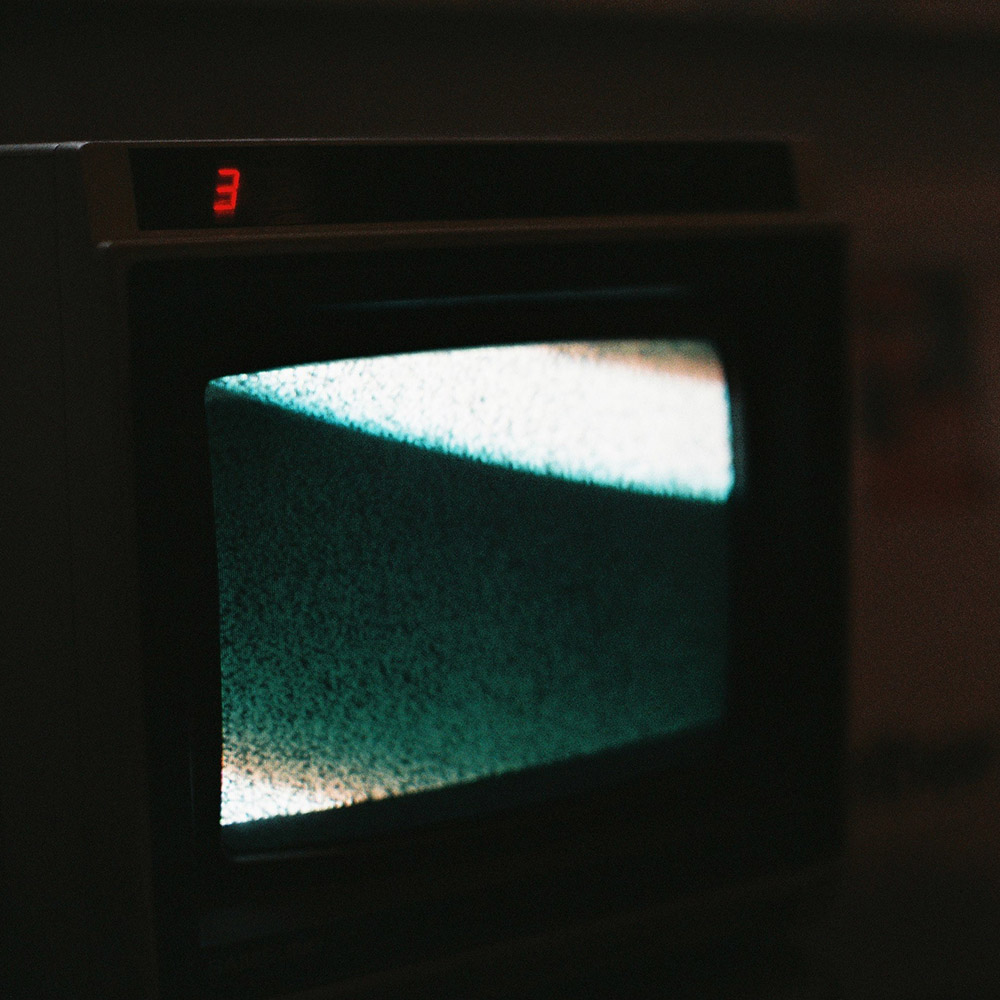 It’s really up to us, as consumers of information to be wary of the information we are receiving. Of course, it’s hard and almost impossible to remain vigilant all the time, but there are a few pointers to look out for.

I can’t speak for everyone, but 2020 has felt like an endless burning dumpster fire, and we’ve still got 3 more months left to this year. Wasn’t it only yesterday that we were all joining efforts to put out the wildfires spreading throughout California and parts of Australia, and reeling from the shock of Kobe’s death? Suddenly, the world found itself in the middle of a global crisis unlike any other in the modern era: The coronavirus pandemic, bringing quarantine, social distance, economic downturn, illness and death in its wake as it swept across the globe. No one could have anticipated this, and for the time being, this is our new normal.

Perhaps the worst aspect to all this is that more than just the pandemic, we are also experiencing an infodemic. After nine months since it’s initial outbreak, we’ve seen countries all over the world struggle to find a scientific and political consensus on how to best navigate and take the right health safety precautions to fight this pandemic. There are countries like Taiwan that were swift to adopt mask-wearing on a country-wide scale, and then on the other end of the spectrum, is the U.S., whose scientists told their citizens not to bother with masks during the early stages. You take an emergency situation, add a life-threatening element, and combine with a whole lot of misinformation, and you’re going to have problems.

Due to the lack of knowledge on this completely novel virus, there has been a fair amount of conspiracy theories surrounding COVID-19 ever since the initial outbreak. One of the more popular conspiracy theories is that COVID-19 was an engineered bioweapon created and released by the Chinese government to establish control and dominance of its citizens and the world (*muahaha*). Another rather bizarre conspiracy theory suggests that coronavirus was caused by 5G electromagnetic fields, and big corporations and the government are working in unison to try and prevent the public from finding out (*???*). There’s also the “QAnon” and “pandemic conspiracists” who have now merged their theories together and are of the belief that the Coronavirus is a cover-up for child sex-trafficking (*more head scratching*). Although there is essentially zero evidence to support any of these wild claims, you would be shocked and dumbfounded to know that these conspiracists are rising in number everyday, all around the world, all deeply convinced they need to fight against the government and its “bad actors”.

At this point, you’re probably asking, “what’s the harm in having more conspiracy theorists in the world?” You may even be thinking, their beliefs don’t affect you, and seem rather goofy and charming; but if any of you know a thing or two about #PizzaGate or have watched ‘The Social Dilemma’ on Netflix, then you might see where the potential threat lies. In fact, we are seeing that these conspiracy theorists are burning down 5G towers in an effort to stop the virus, while conspiracy-related protests in London and other cities are starting to take place. A recent study conducted by the University of Pennsylvania Annenberg Public Policy Center even found that COVID-19 conspiracy theories are not only commonplace, but they’ve grown significant traction over time. The study also found that those conspiratorial thinkers were less likely to wear masks, less likely to get vaccinated, and less likely to follow government mandated health protocols. “Belief in pandemic conspiracy theories appears to be an obstacle to minimizing the spread of COVID-19,” said Dan Romer, research director at Annenberg Public Policy Center.

To clarify, this is not to say that all conspiracy theorists are a threat to society, because they are not. So please do not attack any poor conspiracy theorists. They are completely entitled to their thoughts and beliefs, it’s only the moment they change their behavior and start to act upon those beliefs, that they may potentially put others at risk.

So, where exactly are people picking up these conspiracy theories? Well, studies have shown that heavy social media users are the most prone to coming across this type of false information, and once they’re sucked into the rabbit hole, it’s a real pain-in-the-ass to change their minds: This is because conspiracy theories are difficult to debunk since they provide explanations for events that are not fully understood, they play on people’s distrust of the government and other powerful forces, and involve accusations that cannot easily be fact-checked. So honestly, you really can’t blame some of these conspiracy theorists, because some of them are totally believable! (But not the anti-vaxxers, flat earthers, or 5Gers though, those are flat out WTF.)

However, the alarming truth is that the COVID-19 pandemic has resulted in so much more misinformation than just conspiracy theories alone. This is not just an issue of whether conspiracy theorists could pose a potential threat, this is actually part of a larger issue of misinformation. Millions of misinformation about the scale, the origin, prevention, diagnosis, and treatment of the pandemic have made its rounds on numerous online platforms since the outset. All of this false information, intentional or not, has been spread not just on social media, but also in the mass media, even by celebrities, politicians and other public figures. There have even been reports that disinformation was spread by covert operations to destabilize other countries. It truly proves to be the biggest threat of all during this Information Age. We have all this information readily available at our fingertips, but how much of it is true? and would we ever be able to know the answer to that?

The World Health Organization (WHO) actually officially described it as the “massive infodemic” back in February 2020, calling out the over-abundance of fake news regarding Coronavirus that “makes it hard for people to find trustworthy sources and reliable guidance when they need it”. It was the reason why the WHO even had to create a direct 24/7 myth-busting hotline. Social media platforms such as Facebook, Instagram, Twitter, and Google also joined forces with WHO to address the issue. Yet, despite Facebook removing seven million misinformed posts about COVID-19 and Amazon removing more than a million products that claimed to cure or protect against coronavirus; thousands of ad-revenue related posts (aka posts that companies pay for whether their information is correct or not) still live on, and will not be removed by said platforms. Plus, new falsely-informed Facebook groups, pages, Instagram accounts, posts, and Tweets are created everyday still.

That’s the world we live in today. So what do we do?

It’s really up to us, as consumers of information to be wary of the information we are receiving. Of course, it’s hard and almost impossible to remain vigilant all the time, but there are a few pointers to look out for: 1) Check if the source is reliable. There should be first-hand sources in any factually correct article. 2) If a piece of content is too good (or bad) to be true. If they’re obviously trying to get an emotional rise out of you, be wary. 3) If something seems completely bizarre, there’s often a more complicated story behind that headline. Also, if a story perfectly confirms your beliefs, know that fake news will often twist events to fit popular narratives. These are just a few obvious tips to get you started, whether it comes to COVID-19 or upcoming elections, we all need to be more careful that we’re not just readily believing everything we read on the internet, so that we are able to make more informed decisions in our lives. There are a lot more ways to combat misinformation and do your own fact-checking, please click the link below to read more.

Check more on our social media

How Your Diet Can Actually Help the Environment

Benefits of Cooking At Home

Your Entry to a Flexitarian Diet

December 30, 2019August 18, 2020
We use cookies on our website to give you the most relevant experience by remembering your preferences and repeat visits. By clicking “Accept”, you consent to the use of the cookies.
ACCEPT
Manage consent

This website uses cookies to improve your experience while you navigate through the website. Out of these, the cookies that are categorized as necessary are stored on your browser as they are essential for the working of basic functionalities of the website. We also use third-party cookies that help us analyze and understand how you use this website. These cookies will be stored in your browser only with your consent. You also have the option to opt-out of these cookies. But opting out of some of these cookies may affect your browsing experience.
Necessary Always Enabled
Necessary cookies are absolutely essential for the website to function properly. This category only includes cookies that ensures basic functionalities and security features of the website. These cookies do not store any personal information.
Non-necessary
Any cookies that may not be particularly necessary for the website to function and is used specifically to collect user personal data via analytics, ads, other embedded contents are termed as non-necessary cookies. It is mandatory to procure user consent prior to running these cookies on your website.
SAVE & ACCEPT